Bob Heggie was appointed chief executive of the Alberta Utilities Commission in 2008, the Commission’s inaugural year. He is responsible for leading the implementation of overall organizational strategy and day-to-day operations to ensure achievement of the AUC’s organization​al objectives.

Along with leading the administration and financial management of the AUC and heading its executive management team, Mr. Heggie also provides strategic advice and insight to the AUC chair, vice-chairs and other stakeholders.

Mr. Heggie’s career has given him experience in a broad range of utility matters including proceedings dealing with deregulation of the gas and electric industries, and direct exposure to pipeline, processing facility, oil sands, equitable relief, coal mines and environment-related matters. Prior to his appointment he was an executive manager with the Alberta Energy and Utilities Board, an associate general counsel for the former Energy Resources Conservation Board and spent several years with a private law firm in Calgary. Mr. Heggie has been an acting board member of the EUB at public hearings.

Mr. Heggie was instrumental in the establishment of the AUC and the ERCB from the EUB in 2007, leading the transition team. He is extremely active in supporting utility regulatory excellence through the association of Canadian utility regulators, CAMPUT, and in furthering energy regulatory law expertise through the annual Canadian Energy Law Forum, which he founded and co-chairs. He also founded and co-chairs the CAMPUT Energy Regulation course held annually at the Donald Gordon Centre of Queen’s University, in Kingston, Ontario. Mr. Heggie co-authored a substantial reference on energy regulation in 2001, Energy Law and Policy.

Mr. Heggie is an active member of the Law Society of Alberta and an inactive member of the Law Society of Upper Canada. He has earned a bachelor of arts degree, and a bachelor of laws degree, both from the University of Alberta in Edmonton, Alberta. In 2006 he was awarded the CAMPUT Education and Development Leadership Award and in 2008 the CAMPUT Leadership Award.​

JP Mousseau was appointed the AUC’s general counsel in June 2021; his primary responsibility is to provide the Commission with sound legal advice and representation in all areas of its operations.​

Mr. Mousseau is a graduate in law from the University of Calgary and has an extensive background in administrative ​and regulatory law. His previous experience includes 18 years as counsel to the AUC, the Energy Resources Conservation Board, and the Alberta Energy and Utilities Board. From 2018 to 2021, Mr. Mousseau served as the Executive Director of the AUC’s Facilities Division.  Mr. Mousseau has significant familiarity with the AUC’s facilities approval process, along with markets and enforcement matters.

Mr. Mousseau has played a central role in several AUC initiatives, including the development and implementation of an enhanced hearing process for large transmission applications, and the AUC’s enforcement strategy. Known as a supportive and astute team player, he has served as counsel on many of the AUC’s largest applications. These include the Sharp Hills Wind Project in 2018, the examination of the AESO’s line loss rule in 2017, competitive market behaviour violations by TranAlta in 2015 and the Heartland Transmission Project in 2011. As Executive Director of Facilities, Mr. Mousseau oversaw material revisions to AUC Rule 007 and helped to develop and implement the AUC’s virtual hearing process.

Kristjana Kellgren leads the AUC Rates Division, a role she assumed in September 2020 after progressing through increasingly demanding legal and rates leadership roles at the AUC beginning in 2014.

As executive director of rates, Ms. Kellgren oversees all aspects of supporting the Commission’s determination of just and reasonable rates and tariffs for regulated utility services. She also leads or otherwise contributes to various aspects of modernizing and streamlining the AUC’s rates determination processes and approaches to optimize regulatory efficiency and support the competitiveness of Alberta’s regulated utilities sector.

Prior to becoming the executive director of rates, Ms. Kellgren was the AUC’s director of electric and gas distribution, overseeing the rate-setting for Alberta’s electric and natural gas distribution utilities serving more than three million sites, and leading and managing a multidisciplinary team focused on implementing performance-based regulation. She joined the AUC as legal counsel, focused on rates-related matters and complaints across the spectrum of electric and gas transmission, distribution, retail, municipal and water proceedings. Prior to her work at the AUC, Ms. Kellgren worked as a lawyer in private practice, with a particular focus on regulatory and administrative law matters. 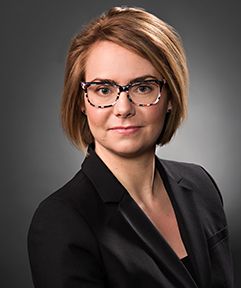 Darek Kogut is the executive director of Corporate Services, assuming the role on April 1, 2019. Previously leading the AUC’s strategic planning function and risk management activities and with a strong background in business disciplines, Mr. Kogut is well positioned to lead Corporate Services through challenges and opportunities that are arising from Alberta’s evolving utilities sector, and to embrace new approaches to our work.

The AUC Corporate Services Division is tasked with managing corporate functions (finance and procurement, human resources, information technology and administrative services) in an economical and effective manner while ensuring adequate governance and control.

Mr. Kogut started as a cooperative placement student with the AUC’s predecessor agency, the Alberta Energy and Utilities Board in 2003 and was involved with establishing the foundation of the AUC finance group in 2008. Shortly after, he moved into successively more important financial and performance monitoring and evaluation roles, before starting work directly with the chief executive in 2010.

Mr. Kogut has considerable expertise in full-cycle business planning, budgeting and forecasting, as well as performance management and assessment. His career at the AUC has been built on an educational background that includes an executive master of business administration degree from Queen’s University, and a bachelor of business administration degree specializing in accounting, financial management and entrepreneurial studies from Mount Royal University in Calgary.​ 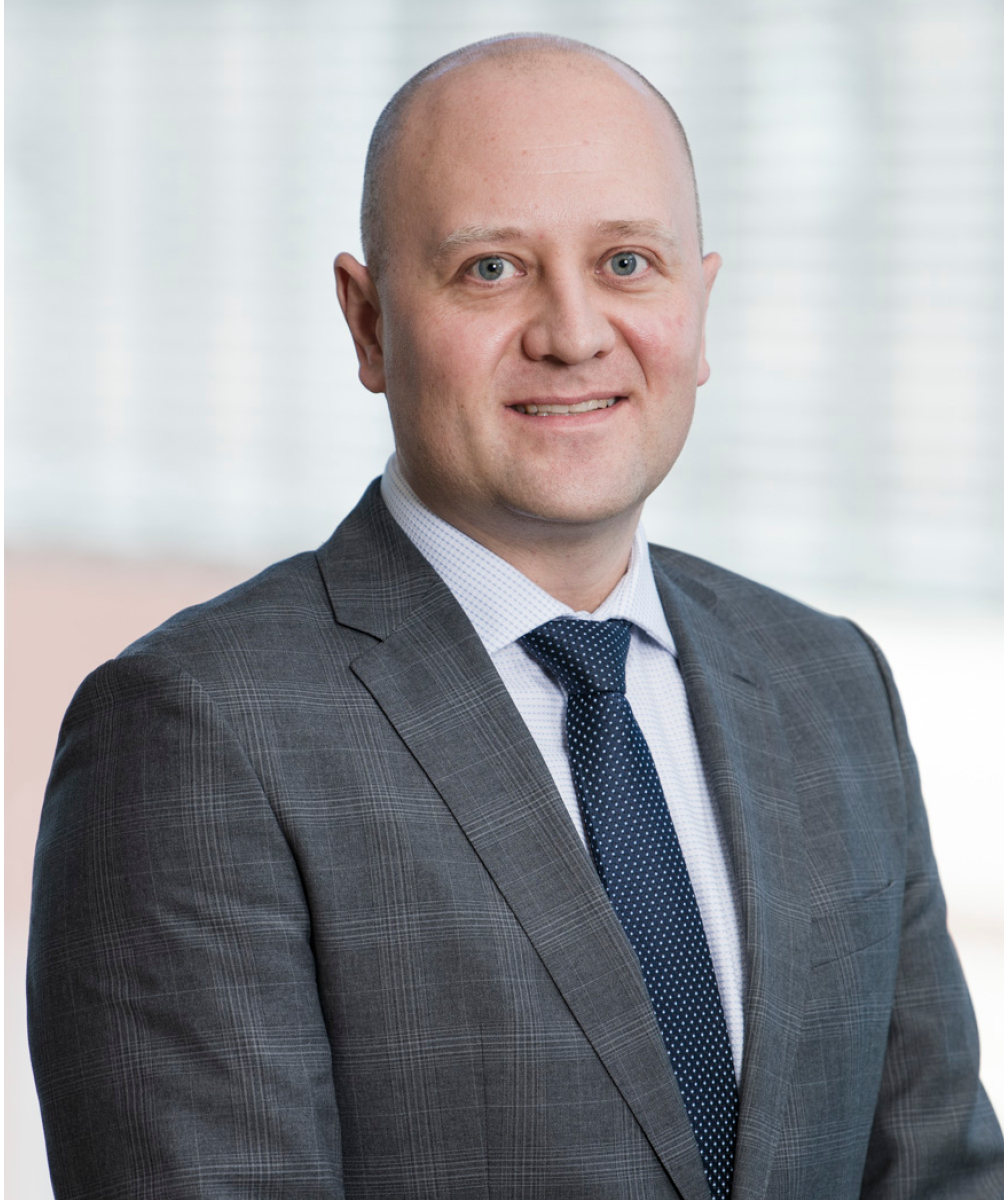 Wayne MacKenzie is the executive director of the AUC Facilities Division, a role he accepted in June 2021 after 20 years of increasingly senior positions at the AUC and its predecessor agencies. He has more than two decades’ experience in the energy industry, the majority in leadership or managemen​t positions.

The AUC Facilities Division is tasked with ensuring electricity generating, and electricity and gas transmission facilities and associated infrastructure in Alberta are sited, built, operated and decommissioned in the public interest. This includes review of needs identification documents submitted for approval by the Alberta Electric System Operator.

Mr. MacKenzie, an economist, brings a strong technical background and deep experience in regulating utility facility infrastructure and related matters to the job. This includes significant rate-making expertise developed during six years as the AUC’s director of electric and gas transmission.

Immediately prior to taking on the executive director role Mr. MacKenzie was the director of technical assessment for the facilities division at the AUC, and his earlier roles at the regulator have included section leader, regulatory specialist and economic specialist. He has worked in the private sector as an economic consultant, and in the public sector in economic development focused on policy development and research.

Mr. MacKenzie is a graduate of Dalhousie University with a master’s degree in economics, and an honours bachelor of arts degree. He also has extensive additional training in utility rate design, Indigenous awareness, corporate finance, program evaluation, management and financial accounting, dispute resolution, and leadership.​ 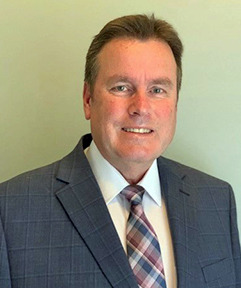 Mr. Tiberi became the AUC’s executive director of regulatory policy role on January 1, 2008 and since that time his responsibilities have expanded to include the Commission’s staff-related market oversight functions. He is currently the AUC’s executive director of Market Oversight and Enforcement, a role in which he and his colleagues use their consultative skills and extensive industry experience and knowledge to ensure equitable rules are in place to support the functioning of a competitive retail electric and natural gas markets in Alberta. Mr. Tiberi also oversees the technical staff support and management of AUC enforcement programs and proceedings.

Prior to the AUC, Mr. Tiberi spent six years with the Alberta Energy and Utilities Board, where he managed such projects as the establishment of service quality standards and reporting requirements for the regulated electric and natural gas utilities and the development and implementation of the Tariff Billing Code. He has a strong employment background centring on regulatory advocacy and industry consultation with Alberta and international utility firms, including natural gas, electricity and pipelines.

Along with this experience, Mr. Tiberi’s extensive utility regulatory expertise is built on a bachelor of science degree in human kinesiology from the University of Guelph, and a master of business administration degree in finance from Queen’s University in Kingston, Ontario. 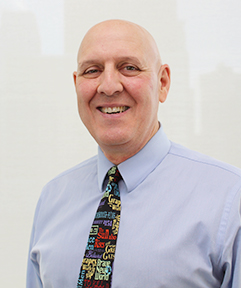